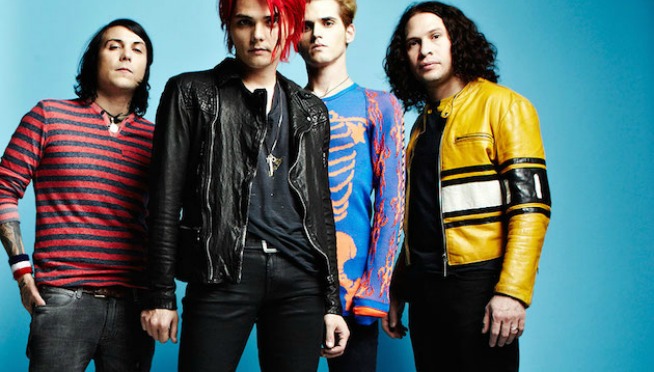 OK, don’t freak out. The fans have clamored for it, and last year the reissue of ‘The Black Parade’ album with bonus material made many think it would finally happen: a My Chemical Romance reunion!

Gerard Way who fronted MCR, spoke to Billboard this week about his solo music, writing for various comic books since the band split up in 2013, and of course the topic of a reunion came up. “I wouldn’t count (a reunion) out, but at the same time everybody’s doing stuff in their lives now that they’re really enjoying,” Way says.

“I wouldn’t count (a reunion) out, but at the same time everybody’s doing stuff in their lives now that they’re really enjoying,” Way says. “In some ways I don’t really miss it; It had gotten so big it was very unwieldy. It took a toll on my mental life and personal life. The thing I’m happiest about right now is everybody’s relationships with each other are really strong. That’s more important than anything else to me.”

Way now oversees the latest DC Young Animal comic line with ‘Doom Patrol: Brick by Brick’  coming out today. “When I was in My Chemical Romance it was so busy all the time. The timing of it finally worked out; I hit this point after my first solo record (2014’s Hesitant Alien) where I said, ‘I think I want to write comics for a year or two’ and just focused on that, so that’s what I’ve been doing.”  Way joined movie maverick and podcast host Kevin Smith to chat up Doom Patrol and comics.

Fan-shot footage from MCR’s last show in 2012 at Bamboozle.