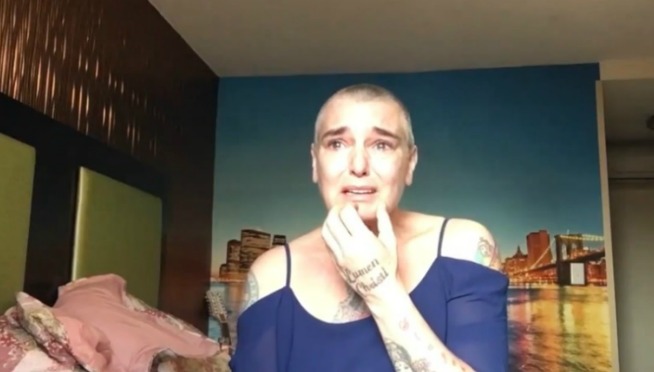 Singer Sinead O’Connor has sparked fresh concern over her mental health after posting a Facebook video in which she reveals she has wanted to kill herself for the past two years.

The Irish songwriter, who has been diagnosed with bipolar disorder, took to the social media site for a tearful confessional recording, opening up about how alone she has felt since losing custody of her 13-year-old son.

In the video, posted from the Travelodge in New Jersey where she says she is now living, the 50-year-old said she suffers from three mental illnesses. “I’m all by myself, there’s absolutely nobody in my life.

This makes me sad. She’s had such a struggle. I hope she continues to get the help she needs and doesn’t harm herself.