Here’s some of the stuff you may have missed from the past week:

The Killers cut a special video promo for the upcoming Mayweather/McGregor fight, and that makes sense for a couple of reasons:  first, “The Man” fits perfectly under the machismo spirit of boxing.  And secondly, the August 26th fight takes place in the band’s hometown of Las Vegas.  Check it out. 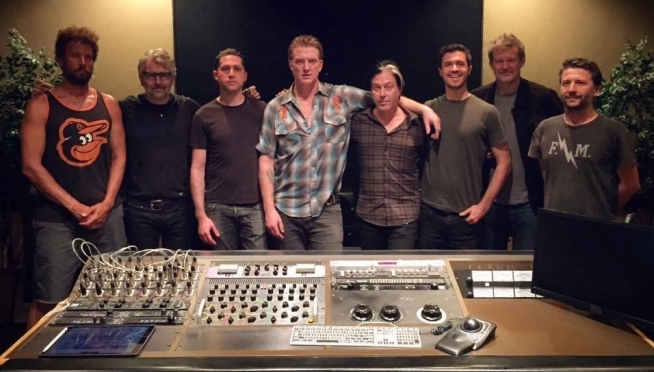 Queens Of The Stone Age are, of course, releasing their new album “Villains” on August 25th, which includes a vinyl version.  Just one problem with that:  some songs mistakenly were released on another band’s pressing.  Australian artist Gordi might find a few more sales this week due to three songs from QOTSA leaking out via her record, which now makes those versions — collector items.

Russell gave you a taste of the Foo Fighters rocking out at the Acropolis in July.  It’s part of a special PBS series called Landmark Live In Concert, hosted by Red Hot Chili Peppers drummer Chad Smith.  Make a note in the calendar:  Dave Grohl and company’s performance will air November 10th.

Is There a Pattern to Panic! At The Disco?  Parody Makes The Case

Jon Fassold rose to YouTube fame with his video on how every Chainsmokers song is written.  He’s taken on other artists before, and now he takes on Panic! At The Disco.  This, Jon admits, is a little strange for him because he genuinely thinks Brendon Urie is a talented musician.  However, he’s uncovered a pattern of song writing which….if you don’t at least crack a smile, you might be taking life a bit too seriously: