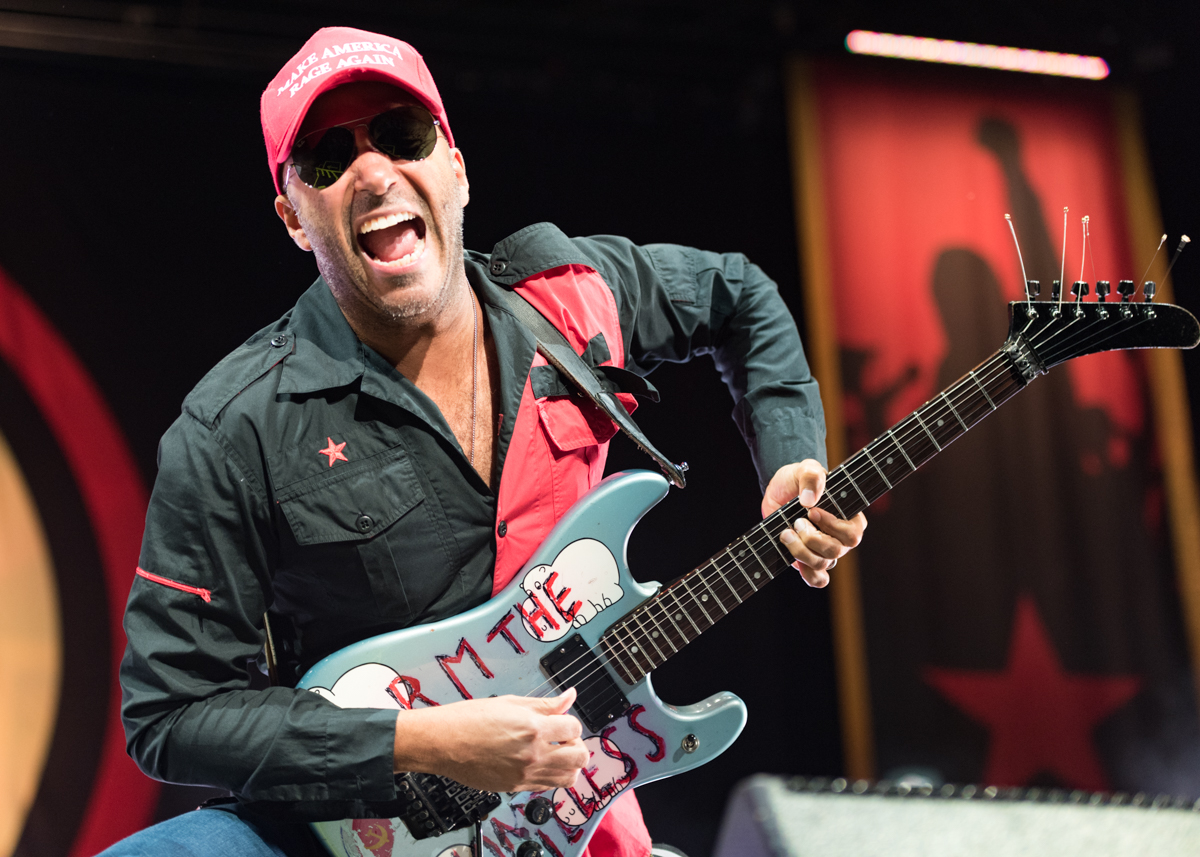 The list of amazing artists at Riot Fest can be a little overwhelming. To help you narrow it down, here’s what the astrology gods told us you should see this weekend:

Aries – Prophets of Rage
Ruled by the god of War, this sign is not afraid to fight for what’s right. The politically active band is perfect for Aries – they will enjoy screaming “MAKE AMERICA RAGE AGAIN!” while watching Tom Morello shred on guitar.

Taurus – Nine Inch Nails
Known for finishing what they start, Trent Reznor is the quintessential Taurus. Whether it’s a movie soundtrack, a collaboration with another artist, or a set with one of his bands, he always knocks it out of the park. Fellow Tauruses (Taurii?) will stay through the entire NIN set, because they aren’t flaky.

Gemini – Death From Above
According to their Wiki page, the DFA duo “sometimes jokingly claims to have met in prison, on a pirate ship, or in a gay bar, leading some journalists and fans to believe these stories.” Classic trickster Gemini behavior, amiright?

Leo – Queens of The Stone Age
Leos are ruled by the Sun, so obviously “My God is The Sun” is a perfect anthem for them. Fingers crossed QOTSA play it on Saturday.

Virgo – Black Pistol Fire
Virgos are often thought of as logical and mild-mannered…which is why Riot Fest is the perfect escape for them. Listening to the dirty rock of Black Pistol Fire will help them forget about the color-coordinated google calendar they probably created for the weekend.

Libra – Minus the Bear
Libras = Balance. They will love Minus the Bear because the band is equal parts relaxed and aggressive. Additionally, this balance means their sign has the best odds of holding 3 drinks at once without dropping one (feel free to tell that to your Libra friend in the hopes they will bring you back a beer).

Scorpio – Paramore
Hayley Williams isn’t a Scorpio, but she seems like she totally could be one. They are known for being very kind – unless you provoke them. Then they will take you down and laugh when you cry. Best not to mess with a Scorpio.

Sagittarius – The Orwells
The sign most prone to get bored easily, a Sagittarian craves change and adventure. The Orwells are the anti-boredom band, which is why they’re so fun to watch live. Never a dull moment.

Capricorn – Vic Mensa
The symbol for Capricorn is a mountain goat, which can climb to great heights without losing it’s footing. Vic Mensa has steadily been gaining acclaim, but he hasn’t forgotten his Chicago roots (he regularly references his friends and family in his music). Capricorns will dig the hometown rapper.

Aquarius – TV On The Radio
Aquarius signs can appreciate the synergetic nature of TV On The Radio (they’ve collaborated with an incredible roster of artists, including Bowie). Since this sign is one of the friendliest in the zodiac, they’ll feel right at home singing “Wolf Like Me” with the stranger next to them.

Pisces – Dirty Heads
Known as the daydreamers of the zodiac, Pieces will love swaying to the Dirty Heads’ reggae beats. They are also the sign most likely to sneak in a joint. Probably a good idea to make friends with one.

All signs – Whoever they want
Seriously, you can’t go wrong with any of the artists at Riot Fest. Just go.