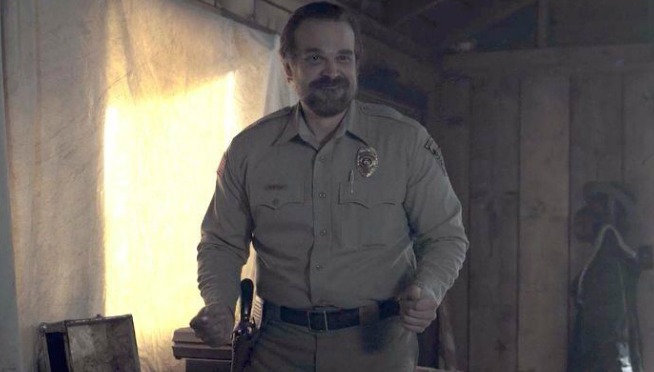 Stranger Things star David Harbour (aka Jim Hopper) has hinted towards when we’ll see Season 3 on Netflix, and it’s a little later than we’d hope—but it only makes sense.

“I mean, one of the things that’s annoying for fans is that it takes us a long time to do them,” he tells Variety. “You probably won’t get [Season 3] until sometime in 2019. But also part of the thing is, like any good thing, they need time. And those guys work so hard. I mean, they just sit in their apartment and write for 12, 14 hours a day.”

And, of course, we want Season 3 to be the best it can be, so I guess we can patiently wait until 2019 for a new season.

Season 3 was officially confirmed earlier this month and, of course, this is no surprise whatsoever. Everyone’s ready for more, and there are already speculations about what’ll happen in Season 3. There might even be some hints from the writers and cast members… See everything we know so far here. (One thing we can expect? More ‘80s references. Heck yes.)