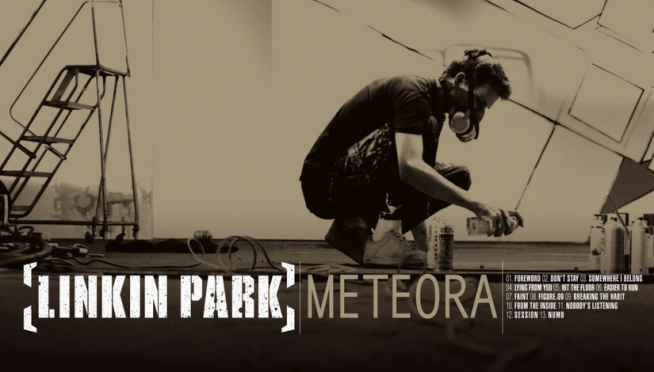 On this day a decade and a half ago, Linkin Park released its much anticipated second album: Meteora.

Here’s what others are saying:

A lot of people will point out that this album is not much of a departure from their debut, “Hybrid Theory.”  And yes, this is based in a truth.  But a more critical ear will find that what Linkin Park did was take that defining sound — and focused it as sharp as it ever has been.  Those pictures painted by the band still flash in the heads of fans with clarity — and that’s all a band can ever hope for with their music.  Right?  —- [eric]