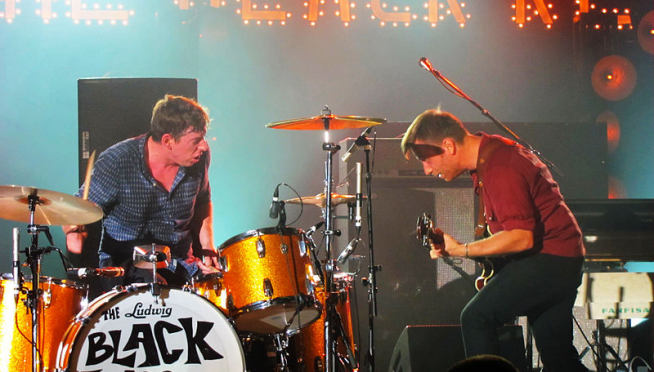 It’s been five years since we heard from The Black Keys, but their latest album Let’s Rock will drop tonight at midnight. One hour before then (11PM CST), you can listen to it for yourself on our airwaves (101.1fm in Chicago and streaming below) — another edition of our album preview series called “Uninterrupted Disruption.”

Some things to know:

Here are some of the reviews that are rolling in on the new album:

Let’s Rock: The Black Keys have returned with an early stream of their first full-length in five years. https://t.co/kwtpQ3JLLP #TheBlackKeys #LetsRock pic.twitter.com/lAL90YpFEI

Let’s Rock by The Black Keys is a fiendishly catchy record that can scarcely stand still – review https://t.co/vZBMyzktUV

The Black Keys are “rockers with a thing for sturdy songs and primal riffs, and that’s exactly what ‘Let’s Rock’ delivers.” My take on their new album, for @PasteMagazine.https://t.co/dk4sEPUqqC