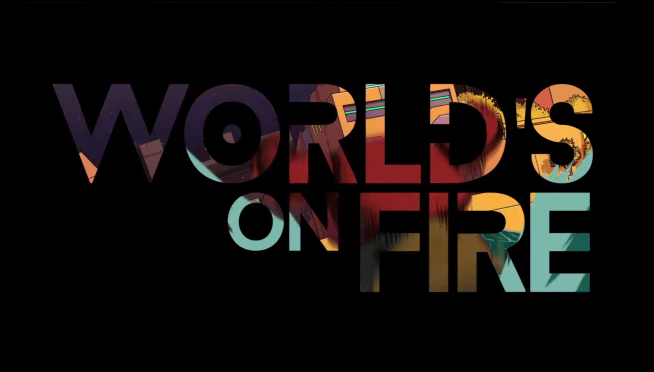 For the single “World’s On Fire” on his latest solo album, Linkin Park’s Mike Shinoda dipped into the world of anime for a little artistic flair.  And he dropped into the Crunchyroll Q&A at Anime Expo 2019 to drop a sneak peak of the video.  Here’s what we learned from his chat:

And here is the sneak peak the convention got to see.  And for the entire chat at the Crunchyroll industry panel, click on the video following this.  — [eric]