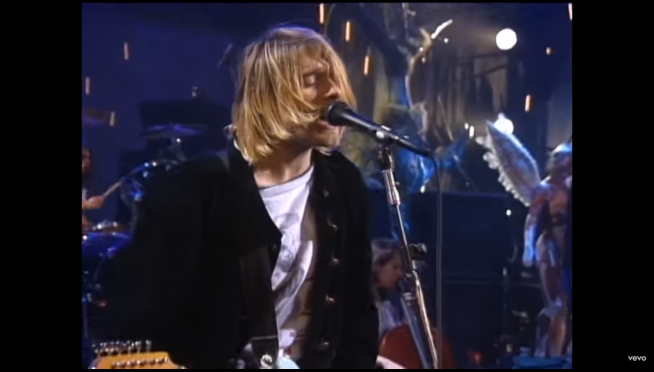 Back in 1993, Nirvana was touring in support of In Utero and their performance at Pier 48 in Seattle became to be known as Live and Loud.  Portions of it were broadcast on MTV and made its way to the 20th anniversary of the In Utero album.  Now, the live show has been released in its entirety — YouTube, vinyl, and streaming platforms.