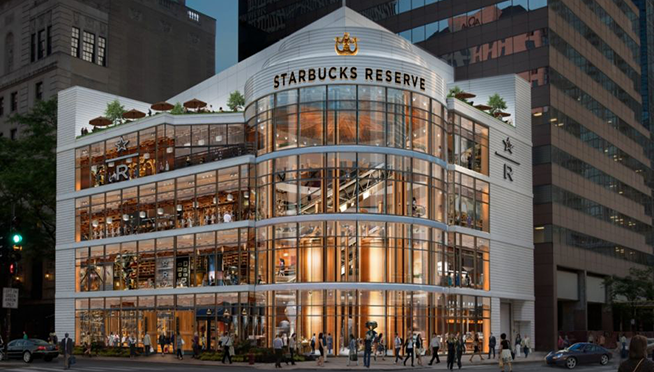 A four story Starbucks — the world’s largest, in fact — will hit Chicago’s Magnificent Mile on November 15th, according to the Tribune.

Formerly the home of Crate & Barrel, this 43,000 square foot mega-center of caffeine will be “a fully sensorial coffee environment dedicated to roasting, brewing and packaging its rare, small-batch Starbucks Reserve coffees from around the world.”  So says the official Starbucks documents.

Side note:  is it just me, or do you feel like the whole reason baristas have that headphone system in coffee stores everywhere is because they are plotting the take over of the world, one skinny mocha latte at a time? ☕ — [eric]