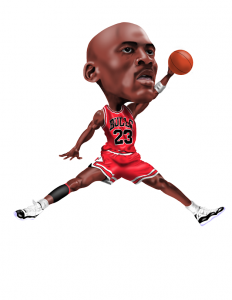 Episodes 5 and 6 of The Last Dance aired last night, and we are loving every single minute of it.  I mean, if we have to be stuck inside forever, what better way to pass the time than by watching MJ and Pippen dunk all over Patrick Ewing amirite?  Here are the top 3 moments we loved from last night, and 3 that we didn’t.

This may be the best part of “The Last Dance” so far. Perm guy breaking out the Jordan shrug after beating him in quarters gambling. pic.twitter.com/FuukklLyIG

It’s Gotta Be the Shoes.  Air Jordans are the most ICONIC sneakers ever, and it was amazing to get the behind the scenes story on how Nike, an upstart company at the time, managed to get His Airness in to a pair of their shoes, instead of Adidas or Converse (watch this).

That Little Laker Boy.  I’ve always been a major Jordan guy, which made me dislike Kobe simply because he was the closest thing anyone had ever seen to overtaking him as the GOAT.  Last night offered us a glimpse of their relationship, and how MJ never looked at Kobe as a rival, but as a little brother.  Of course this is made even more tragic after the shocking loss of Kobe and his daughter in a helicopter crash earlier this year, and Jordan’s moving speech at his funeral ceremony.

MJ and Scottie Take Turns Destroying Toni Kukoc.  Ok, so this is actually kind of awesome, but as a Toni Kukoc fan it was awfully hard to watch.  Funny how everyone went from “why aren’t they showing any Kukoc?”  to “Please please make it stop!” real quick.

Jordan and Pippen guarding Kukoc in the Olympics like…#TheLastDance pic.twitter.com/EZrsWTFAJQ

Somebody Snitched.  Sam Smith’s infamous book The Jordan Rules gave everyone a behind the scenes look at what it was really like playing with His Airness.  Thing is, no one admitted to being the snitch.  And by no one, I mean Horace Grant.  It was Horace Grant.  He was the snitch.

More Scottie Pippen please!  Scottie Pippen is my favorite player ever, ok?  I know Jordan is the centerpiece of this, and for every single reason he should be, but come on, lets get some more love for his #2.  And of course, more Perm Guy while you’re at it.