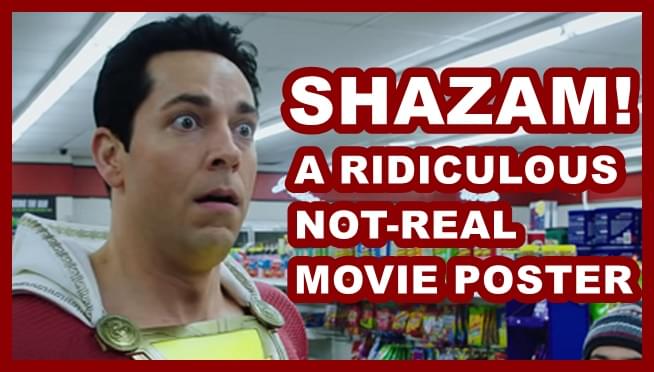 Screenrant reported this week on a funny story that is sure to tug at the cape of any superhero fan. Director David F. Sandberg shared a post on Instagram that joked the next ‘Shazam’ movie he is working on would have to justify it’s “one billion dollar budget” by bringing in characters from much bigger franchises like Wonder Woman, Marvel, and Star Wars with a mock poster made by @cloniiCorey.

Been a few months and I made this mid-October?, but I'm on my last brain cell so eff it.
Was this similar what you had in mind @ponysmasher ? https://t.co/c01HXDTY48 pic.twitter.com/2EIEtC0Pvt

‘Shazam: Fury of the Gods!’ is set to begin production in 2021. If you have not checked out the first Shazam movie, stream it now on HBO Max and stay for the post-credit scene.