JBTV (one of my most favorite places in the whole wide world) led by Jerry Bryant (one of my most favorite people in the whole wide world) is the music industry’s longest running creator of original music television programming, and is opening its archives to share 37 years of live music performances for a limited-engagement, on-demand festival experience to help save our stages. 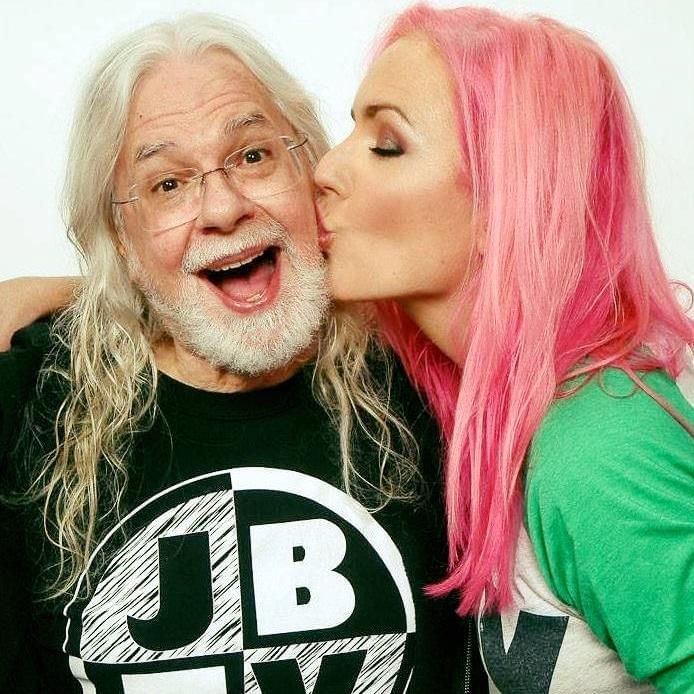 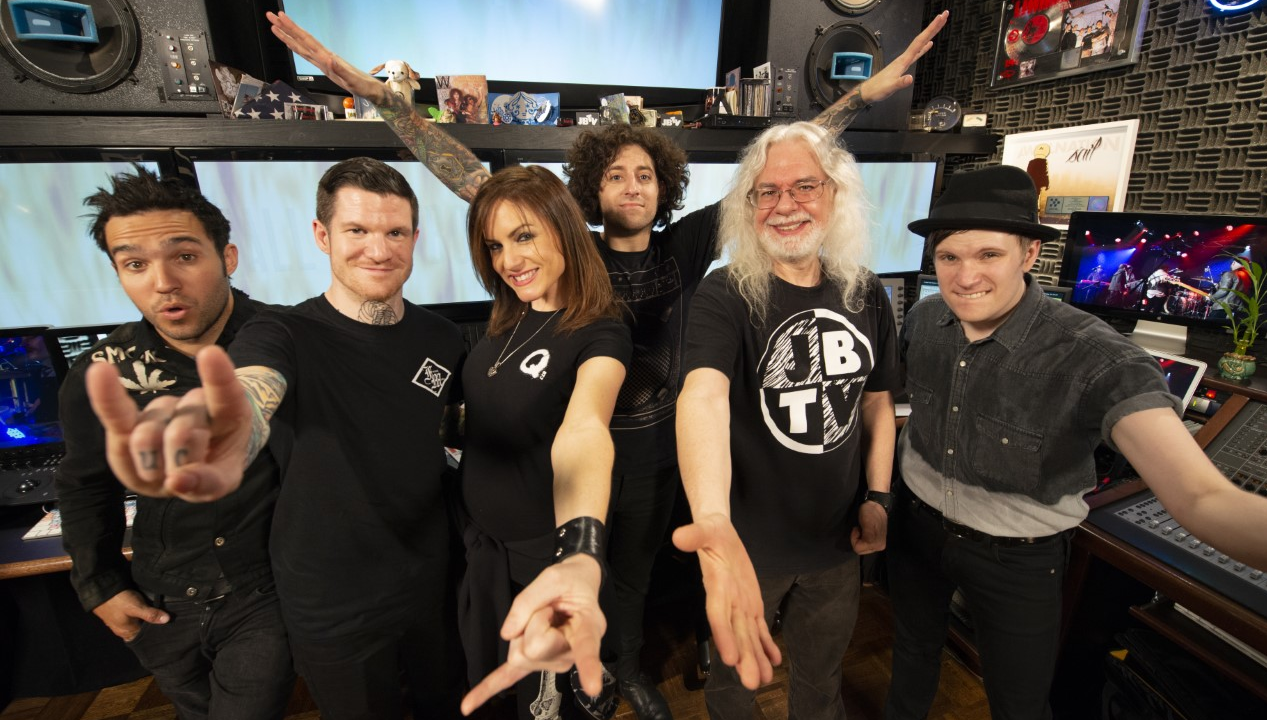 “JBTV Revolution Television Virtual Festival – Presented by the Jim Beam® Highball is a once-in-a-lifetime on-demand music experience showcasing the very best concert performances from JBTV’s archive,” says Peter Bowers, JBTV Music Television executive producer. “JBTV Revolution Television Virtual Festival recreates the musical variety of a festival with footage of entire concerts recorded at Chicago music venues and at JBTV’s studios. Each timeless performance, whether it was recorded 30 years or 30 days ago, will remind viewers of the excitement only a live concert brings.”

#JBTVFest is here! Your favorite bands in your living room. @falloutboy, @SmashingPumpkin, @charli_xcx, and more! All for a great cause to save our stages. Get your tickets today! https://t.co/5FkdTYRDy9 pic.twitter.com/MybNeSmXGa 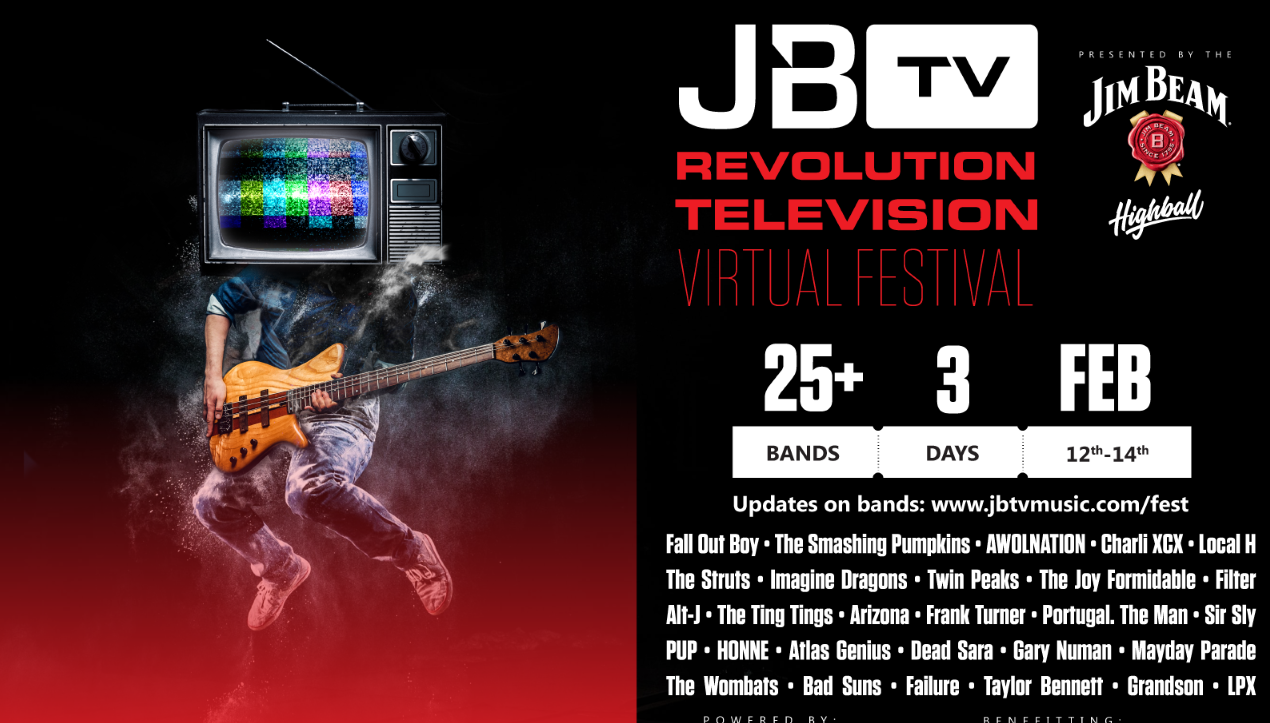 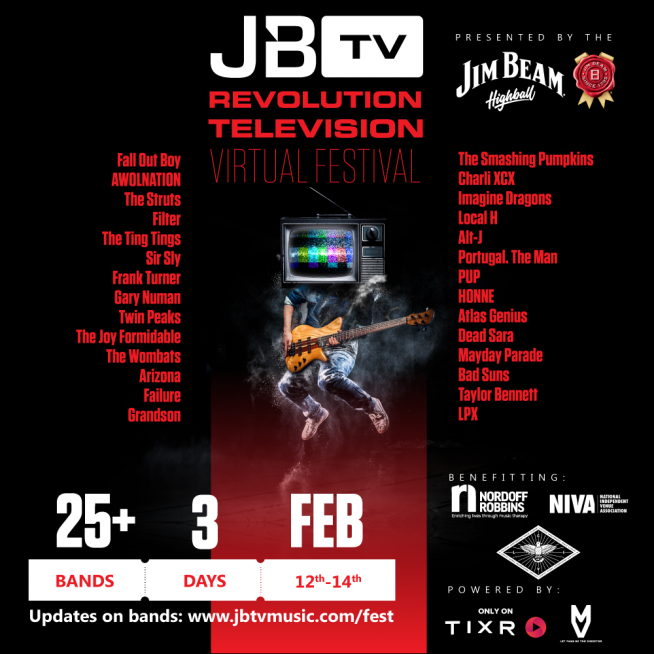