Today we get the rest of the Late Night Shows!  Tickets are on sale now for: 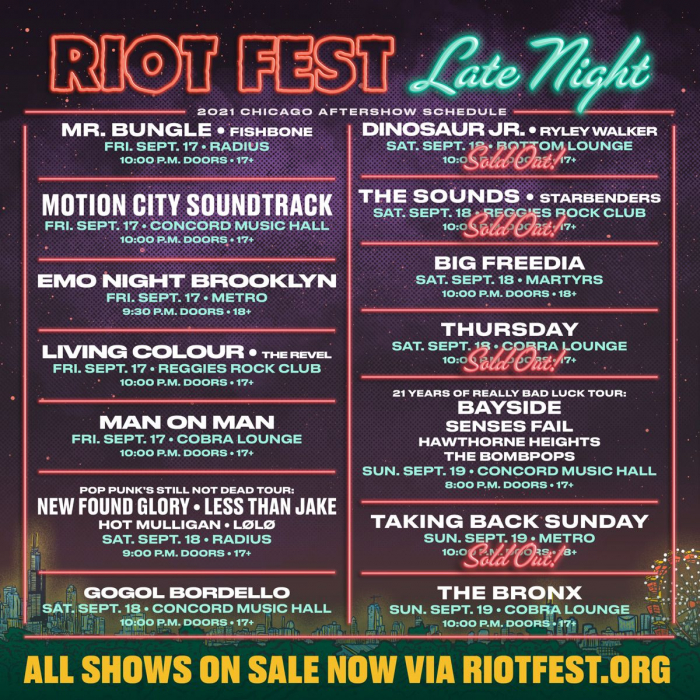 On top of Late Night shows going on sale today, single-day tickets for all three days of Riot Fest 2021 are now available in limited quantities. Thursday Preview Party tickets, in a move reflecting the fest’s charitable efforts, are on sale with proceeds going towards Chicago Coalition for the Homeless, in addition to other organizations (to be announced).

In accordance with the latest COVID-19 directives from the City of Chicago, face masks will be required at all indoor events, which applies to all Riot Fest Late Night venues; those planning on attending should be sure to check with each venues’ respective entry policies prior to arrival.